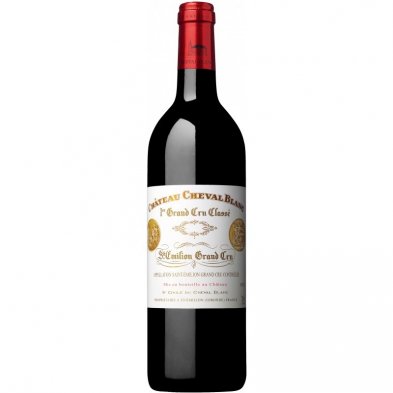 The estate of Château Cheval Blanc is situated in the furthest corner of northwest Saint-Émilion, bordering Pomerol. Formerly part of the Figeac estate, in 1832 the land was purchased by the Ducasse family who subsequently bought adjacent vineyard plots and expanded the holdings over the next 20 years. In 1852 Mlle Henriette Ducasse married Jean Laussac-Fourcaud and they continued to develop the estate with extensive plantings of Cabernet Franc on carefully selected rootstock. One of the greatest influences the Ducasse family had on the estate was the drainage system they carefully constructed to prevent flooding of the vineyards, the first of its kind in Saint-Émilion.

In 1998 Bernard Arnault and Albert Frère privately acquired the estate, appointing Pierre Lurton as the general manager. Lurton, who also manages Château d’Yquem, has continued to produce the distinctive wines for which Château Cheval Blanc is justifiably famous, wines which are at once mellow and delicate but with ample body.